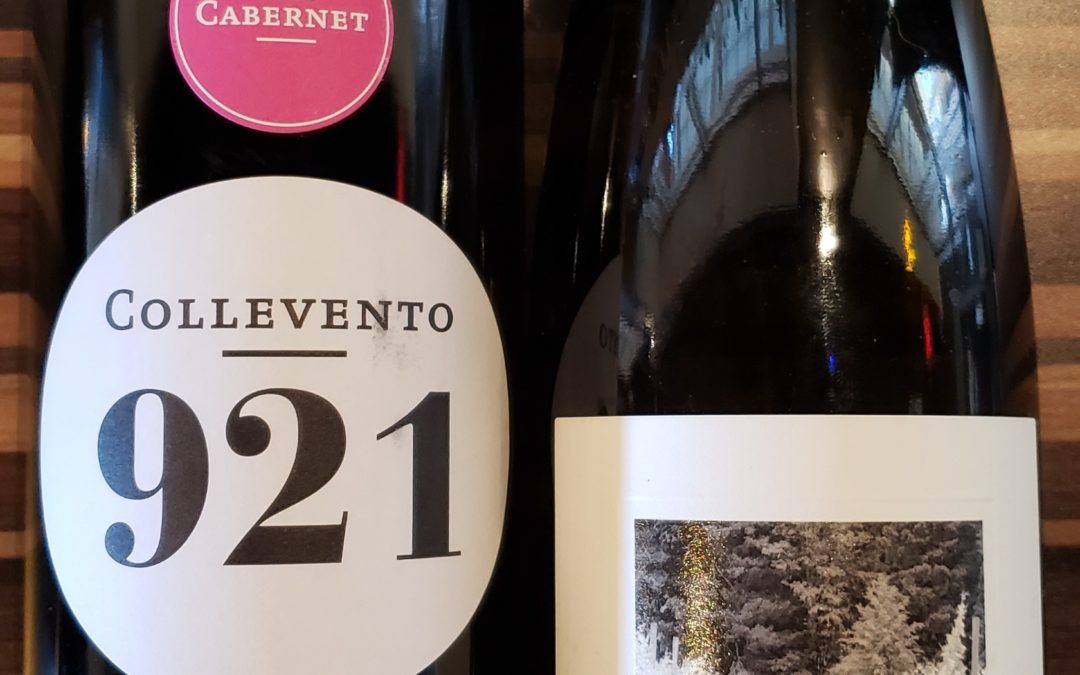 921 Cabernet comes to us from Antonutti Winery in the Grave del Friuli appellation within Friuli-Venezia Giulia in north-eastern Italy. The area of Grave del Friuli covers more than one third of the wine extension of Friuli Venezia Giulia, where the Meduna, Cellina and Tagliamento rivers have left huge quantities of limestone and dragged it to the valley. This area is protected from the North winds and benefits at the same time from the good effects of the nearby sea. The grapes grow in Barbeano, a pebbly land, with a high diurnal (day-night) temperature swing. This allows the grapes to be harvested late, giving more flavors and fragrances to the finished bottling.

While simply labeled Cabernet, this wine is comprised of 95% Cabernet Sauvignon and 5% Cabernet Franc. The grapes go through a soft pressing and fermentation takes place on the skins varying each vintage to achieve the desired color. Maturation is done in stainless steel tanks. All of this gives the final wine a slightly herbaceous aroma followed by hints of plum and raspberry. The mouth reveals slightly spicy overtones accompanied by a gentle violet fragrance making this an extremely approachable wine while staying intriguing enough to experienced palates.

Foris, nestled in a pristine alpine valley in southwestern Oregon’s rugged Siskiyou Mountain range, Foris Vineyards has been a viticultural pioneer for almost 40 years produces our next wine. They specialize in Alsace varietals and Pinot Noir. The 2017 Dry Gewürztraminer is all estate grown in the Rogue Valley. Foris farms some of the oldest Gewürztraminer vineyards in Oregon with original plantings dating back to 1974. Gewürztraminer can be difficult to grow and capture the exotic spice and perfume when producing a dry style of Gewürztraminer.

The 2017 vintage was a welcome return to a more classic vintage after four consecutive warm years. The winter was one of the snowiest on record, with delayed bud break in April and bloom in late June. Warm summer weather followed, and harvest began end of September. The subsequent mild autumn extended harvest since the grapes matured slowly with the cooler weather. At roughly 1,500 feet, the naturally high elevation lent saw cool nights as well, retaining acid in the fruit. 2017 wines will be more similar in characteristics to 2010 and 2011 vintages. The fruit came from three lots harvested in mid-October. The fruit was whole cluster pressed and fermented in stainless steel tanks at low temperature for 30 days.

Bright straw-gold in color, it has delicate aromas of yellow rose and peach with the rose and cardamom gathering intensity as the wine opens up. On the palate with notes of nectarine, citrus, rose petal and orange pith. It fi­nishes with sweet ginger and white pepper tones.

When pairing this Gewürztraminer, think outside of traditional French. Middle Eastern and Moroccan cuisine, both utilizing nuts and dried fruits with roasted meats would partner superbly. Duck, chicken, pork, bacon, shrimp, and crab as main dishes can be highlighted with highly spiced and aromatic herbs like cayenne pepper, ginger, clove, and cinnamon. Turmeric, Sichuan pepper, almond, rose water, bay leaf, and coriander are even more flavors that work well with this style of wine. Roasted eggplant, bel pepper, carrots, and squash would be welcomed sides to the mentioned flavors and meats.