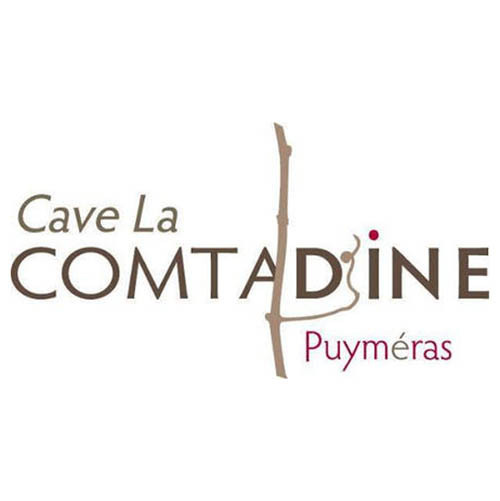 Situated at the heart of the Côte du Rhône and the Ventoux vineyards, with 600 inhabitants, the village of Puyméras offers a landscape of vines, olive trees, lavender and apricot trees, in a Provencal climate strongly influenced by the Mediterranean Sea. The landscape of the vineyard is made up of harmonious rolling hills that precede the more impressive mountainous slopes of the Ventoux and a little further, of the Alps.

Cave La Comtadine is a cooperative cellar, founded in February 1930 by 12 families from the village of Puyméras. It is a tale of culture and sharing. Vines have long been cultivated around Puyméras, and the culture of vine-growing has been passed down from generation to generation since ancient times. The cellar brought together 49 winegrowers committed to growing their grapes and making them into wine of three designations of origin. Today the cellar counts over 280 winegrowers spanning 6 appellations and with 1300 hectares spread around 20 villages in the Upper Vaucluse and Provencal Drome. The cellar took the name ‘Comtadine’ to claim its allegiance to the region of Comtat Venaissin.

Situated between the rivers Aygues and Ouvèze, the valley benefits from a very sunny microclimate; it is sheltered from the strong winds of the area (the ‘Mistral’) whilst Mont Ventoux’s influence, 1912m high, brings cool nights. The vineyards are located between the altitudes of 300m and 500m, on the foothills of Mont Ventoux. Composed of ancient stony terraces, the soil is mainly clay and limestone. These factors allow the grapes to mature in excellent natural conditions.

The grapes are fully destemmed. Fermentation occures for 10 days in temperature-controlled stainless-steel tanks. There is a light filtration followed by bottling on-site at the Estate.

The wine shows a ruby red color and the aroma is dominated by fruits such as plum, blackberry, and cherry. There is a rounded mouthfeel with just the right amount of fruit finished by a slight spicy finish. Enjoy this with tuna, grilled meats, or pasta dishes in a red sauce.